The Death of Adolf Hitler

How did Adolf Hitler die

Adolf Hitler died April 30, 1945 in Berlin, Germany.He died less than forty hours after marrying to his longtime companion Eva Braun.
Hitler committed suicide in an underground bunker with his wife, Eva Braun, and his dog, Blondi, at his side. He was not the only one who committed suicide, though, he and his wife, Eva Braun,  committed a double suicide. It is believed that both he and his wife swallowed cyanide capsules(which had been tested for efficiency on his "beloved" dog). For good measure, he shot himself in the head with his service pistol. 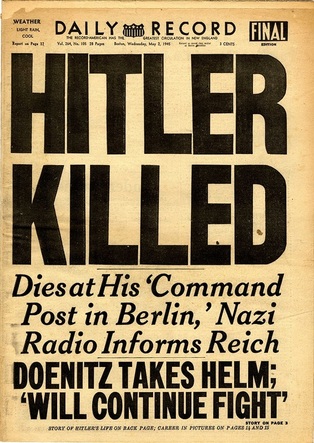